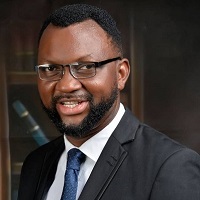 Isaac Ogbah is the Editor-In-Chief of Erudite Judgments of the Supreme Court (EJSC). Aside his involvement in Legal Jurisprudence Ltd, Publishers of EJSC, he is equally the Principal Partner in the Law Firm of OGBAH ISAAC & CO. He graduated from Nnamdi Azikiwe University, Awka in 1999 with LLB (Hons) and was admitted to the Nigerian Bar in January 2001. He has had extensive legal practice in seasoned law firms and with seasoned and erudite legal practitioners, including but not limited to A. O. Akanle & Co. (SAN) as well Punuka Chambers (Idigbe & Idigbe SAN), and Abalu, Bobga & Co., from where he proceeded to establish his private law practice in June 2006. He is highly knowledgeable in the area of Insurance, Investment Law, Trade Marks and Intellectual Property, Secured Credit Transaction, Corporative Law, International Economic Law and Comparative conflicts of Laws, Property Law. He has a flair for advocacy, Solicitors practice, perfection of Legal Titles and debt recovery, to mention but a few.